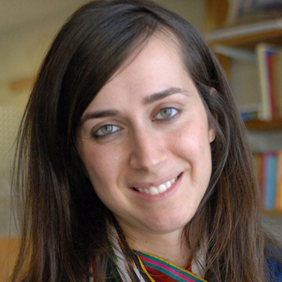 Fotini Christia is an Associate Professor of Political Science. She received her PhD in Public Policy at Harvard University in 2008 and has received a Harvard Academy fellowship and an inaugural Andrew Carnegie fellowship among others. Her research interests deal with issues of conflict and cooperation in the Muslim world, and she has worked out of Afghanistan, Bosnia-Herzegovina, Iraq, Yemen and the Palestinian Territories. Her book, Alliance Formation in Civil Wars, published by Cambridge University Press in 2012, was awarded the Luebbert Award for Best Book in Comparative Politics, the Lepgold Prize for Best Book in International Relations and the Distinguished Book Award of the Ethnicity, Nationalism, and Migration Section of the International Studies Association. Her research has also appeared in Science, The Review of Economic Studies, The American Political Science Review, and The Journal of Comparative Politics, among other journals. Fotini has written opinion pieces for Foreign Affairs, The New York Times, The Washington Post and The Boston Globe. She graduated magna cum laude with a joint BA in Economics-Operations Research and a Masters in International Affairs from Columbia University in 2001.