IBS Speaker Series: A conversation on foreign policy at the time of Covid and after the withdrawal from Afghanistan

YouTube Link: A recording of the talk given by Professor Federiga Bindi on September 27th. https://youtu.be/HI18qOqtGuI

Abstract: While there was no alternative to the withdrawal from Afghanistan, its modalities and the lack of results obtained in 20 useless years of war severely brings into question the western world’s stance on foreign policy. While the USA and the EU now enjoy better relations than they did during the Trump years, they significantly diverge on several issues, the most important one being China.

Any great civilization and empire eventually comes to an end. Is this the beginning of the end of the predominance of the transatlantic alliance in world affairs? 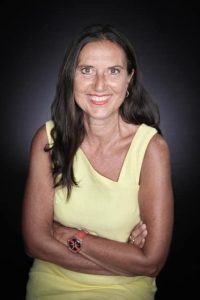 Bio: Prof. Federiga Bindi holds the Jean Monnet Chair at the University of Rome Tor Vergata, where she also was the founding director of the European Center of Excellence and is the Director of the Foreign Policy Initiative at the Institute for Women Policy Research (IWPR) in Washington DC (United States). At IWPR, she leads an EU-funded research network on Women Leadership and one on Internationalization of Higher Education. Prof. Bindi is also affiliated with the University of Wyoming and American University.

Prof. Bindi has been a visiting fellow in several institutions, including the Brookings Institution, Carnegie Endowment for International Peace, Sciences Po in Paris, the Norwegian Institute of International Affairs, the University of Lisbon, and the Université Libre de Bruxelles. Dr. Bindi held several policy appointments in government, including serving as Senior Advisor to Italian Foreign Minister Franco Frattini, and Fellow in the U.S. Senate Foreign Relations Committee under Sen. John Kerry’s chairmanship. She also advised several international organizations including the European Commission, the Council of Europe, UNIDO, and OAS.

Prof. Bindi headed the international affairs department at the Italian National School of Administration and served as director of the Italian Cultural Institute in Brussels. As such, in two years, Prof. Bindi organized 304 programs for an overall attendance of 65,000. In 2018, she created the Alta Badia Ski Academy where she serves as academic director and where she leads ESKI, focused on innovating in coaching and on helping athletes excel in both education and sport. Dr. Bindi is fluent in six languages (English, Italian, French, Portuguese, Spanish, Norwegian), and is currently working on her Ladin and German.