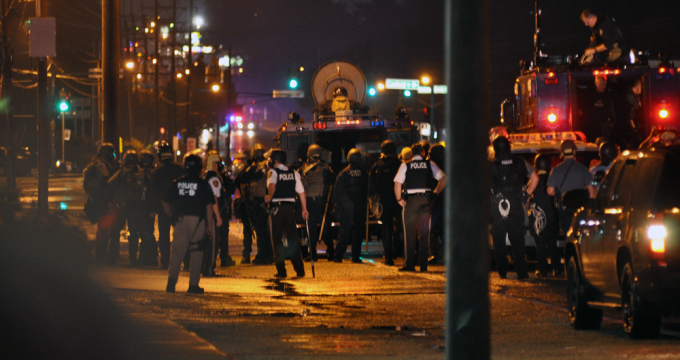 A new study, led by University of Colorado Boulder researcher David Pyrooz, finds no evidence of a widespread surge in total, violent or property crime in large U.S. cities in the aftermath of the highly publicized police shooting of Michael Brown. But the research does show the overall rate of robberies across the country has increased, as has the murder rate in certain cities.

The study – the most comprehensive of its kind to date – tests the hypothesis that the shooting of Brown, a young black man, by a white police officer in Ferguson, Missouri – and a string of similar incidents across the country – have led to increases in crime across the U.S., a phenomenon known as the “Ferguson effect.” Researchers analyzed monthly crime data from 81 large U.S. cities the year before and year after the events in Ferguson on Aug. 9, 2014. The results were published today online in the Journal of Criminal Justice.

“We have seen crime rates drop to historic lows over the last two decades so any potential increase in crime, especially violent crime, is of great concern,” said lead study author David Pyrooz, an assistant professor of sociology at the University of Colorado Boulder. “However, the finding that crime rates are essentially unchanged means that a “Ferguson effect” cannot be singled out as the driving factor of any widespread increase in crime other than robbery.”  Read the entire CU Boulder News Center article here.