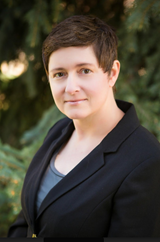 Courtney Welton-Mitchell, Ph.D., a research associate at the Natural Hazards Center, Institute of Behavioral Science, CU-Boulder, has been selected by the J. William Fulbright Foreign Scholarship Board as a recipient of a Research Scholar Fulbright Award in Malaysia August 2017-June 2018.

This award is co-sponsored by the Malaysian-American Commission on Educational Exchange (http://www.macee.org.my/) and the Bureau of Educational and Cultural Affairs of the United States Department of State (https://eca.state.gov/about-bureau). Courtney will be based in Penang at the Centre for Research on Women and Gender (KANITA), University of Science, Malaysia (USM): https://kanita.usm.my/

As a Fulbright recipient and a representative of the United States, Courtney will have the opportunity to work collaboratively with faculty and students at KANITA USM on various gender-based violence, mental health, natural hazards and forced migration related research projects and initiatives. This includes involving USM colleagues in her current U.S. State Department, Bureau of Population, Refugees and Migration (BPRM) -funded gender-based violence intervention research with stateless Rohingya communities in Malaysia. This research initiative is implemented in partnership with Tenaganita, a Malaysian human rights organization: http://www.tenaganita.net/ A companion project with Syrian refugees is coordinated by co-Principal Investigator on the BPRM grant, Lebanon-based Leah James, working in partnership with ABAAD: http://www.abaadmena.org/

Fulbright grants are made possible through funds appropriated annually by the U.S. Congress and, in many cases, by contributions from partner countries and the private sector. The Fulbright Program, which aims to increase mutual understanding between the people of the United States and the people of other countries, is the flagship international educational exchange program sponsored by the U.S. government. As a grantee, Courtney will join the ranks of distinguished participants in the Program. Fulbright alumni have become heads of state, judges, ambassadors, cabinet ministers, CEOs, and university presidents, as well as leading journalists, artists, scientists, and teachers. They include 58 Nobel Laureates, 82 Pulitzer Prize winners, 31 MacArthur Fellows, 16 Presidential Medal of Freedom recipients, and thousands of leaders across the private, public and non-profit sectors.

The United States Department of State’s Bureau of Educational and Cultural Affairs, which oversees Fulbright Program operations throughout the world, joins the Board in congratulating Courtney Welton-Mitchell on this award.