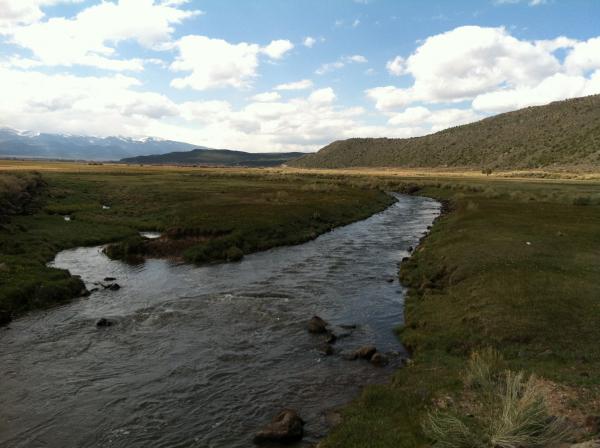 This article was originally published in CU Boulder Today. You can view the original article here.)

With record high temperatures scorching the Southwest this week, farmers were quickly reminded of the severe droughts that threatened their crops and livelihood in recent years. How will they manage increasingly scarce water when drought comes again? A new CU Boulder-led study suggests that self-imposed well-pumping fees can play an important role, incentivizing farmers to slash use by a third, plant less thirsty crops and water more efficiently.

When we talk about groundwater crises arising all over the world, the knee-jerk reaction among policymakers is often to ask, ‘What can government do?’ not ‘What can farmers do?’,” said Krister Andersson, director of the Center for the Governance of Natural Resources at CU Boulder's Institute of Behavioral Science and co-author of the paper in the Journal of the Association of Environmental and Resource Economists. “This study shows that there exists a good alternative to top-down regulations—that self-organized efforts can have a huge impact on how much water farmers use.”

The study centered around a novel initiative in Colorado’s San Luis Valley, where several hundred farmers voted to self-impose a fee on groundwater—which is typically free and largely unregulated—beginning in 2011. The move came after a historic drought in 2002 and subsequent dryer-than-average years left the region’s aquifer depleted and some farmers worried that the state might begin shutting down wells, as it had in other areas. Historically, farmers have relied primarily on surface water from streams and run-off, but as population growth and climate change have strained supplies, agriculture has grown increasingly reliant on water pumped from underground.

The new fee, now at $75 per acre foot of water, is among the first in the nation. About 700 farmers who manage 170,000 acres are subject to the fee. Proceeds are used to help local irrigators buy supplemental surface water or to pay them to let their acreage go fallow, or unused, in dry years. As part of a National Science Foundation grant aimed at assessing self-organized water conservation programs, CU Boulder researchers have spent years in the San Luis Valley Basin meeting with stakeholders and collecting data.

“With this study, we have been able to offer validation that what they are doing is working,” said co-author Kelsey Cody, a graduate research assistant in CU Boulder’s environmental studies program. The study drew upon five years of data from farmers inside and outside the fee district before and after it was implemented. It found that farmers subjected to the fee pumped 32 percent less water per year on average. Some switched to less water intensive crops. Others upgraded to more water-efficient irrigation equipment. Notably, some did not reduce their water use at all and instead opted to pay extra.

“This is because a fee does not prescribe what one can and cannot do; it just forces the irrigator to consider the cost of the water itself,” notes lead author Steven Smith, who did the research as a doctoral student at CU Boulder and who is now an assistant professor of economics at Colorado School of Mines. The authors stress that while the study confirms that irrigators are using less water and changing their farming practices, more research is necessary to determine how the fee has impacted them financially and whether the fee has caused the aquifer to recharge. Another study is in the works.

Despite wetter weather in the past year, the participating irrigators intend to keep the fee in place, and other nearby districts are moving to implement a similar one, said Cleave Simpson, general manager of the Rio Grande Water Conservation District, which helps facilitate the fee. “We are cautiously optimistic about it.”

As lawmakers in California, Texas, and other states ponder ways to regulate groundwater use, the researchers hope what’s happening in the San Luis Valley can serve as a lesson. The authors stress that a self-imposed groundwater fee may not be appropriate for all agricultural areas, but as the state looks for ways to conserve groundwater, it could be one effective tool. “The punchline here is that irrigators are far more responsive to these price mechanisms than was previously believed,” said Smith. “Through their adoption, they may be able to induce a lot of conservation.”