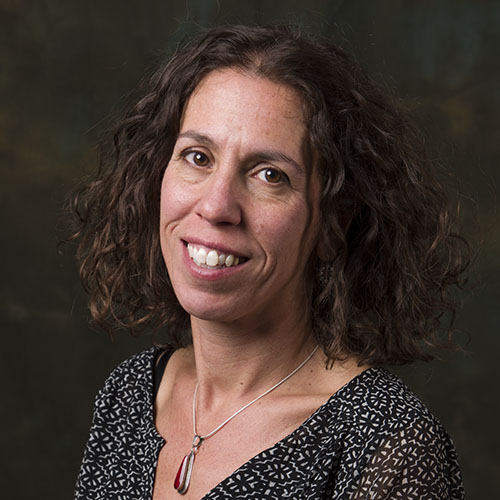 Mara J. Goldman is an associate professor in the Department of Geography, a faculty fellow in the Institute of Behavioral Science, and an affiliate faculty in the Gender and Women’s Studies Program and the Center for Native American and Indigenous Studies at the University of Colorado Boulder. She received her PhD in 2006 from the University of Wisconsin-Madison (geography) and holds an MS in Conservation Biology and Sustainable Development also from UW-Madison (2001) as well as an MA in Geography from the University of California Los Angeles (1998). She was a post-doctoral fellow at the International Livestock Research Institute (ILRI), in Nairobi, where she conducted research on "Communication and the Politics of Participation in Pastoral Societies," among Maasai communities in southern Kenya and northern Tanzania.

Dr. Goldman’s research is situated in human-environment geography and can best be described as political ecology with specific attention to knowledge politics as related to conservation and development interventions. She draws on a combined feminist political ecology and science studies perspectives. Specific research projects focus on the following overlapping areas: the politics of wildlife conservation (knowledge and practice); the politics of participation and knowledge regarding rangeland management, conservation practice, and development; changing resource governance, knowledge, and ecologies in pastoral communities as related to climate change and institutional changes in semi-arid rangelands; and the gendered dynamics of resource access and use. She has worked for over two decades in East Africa, specifically with pastoral/agro-pastoral Maasai communities in Tanzania and Kenya and has recently begun to expand her research to include comparative work with forest-dwelling tribal communities in India. Her book, Narrating Nature: Wildlife conservation and Maasai ways of knowing, was published by the University Arizona Press, Critical Green Engagements Series in 2020. She is also co-editor (with P. Nadasdy, and M.D. Turner), of Knowing nature: Conversations at the intersection of political ecology and science studies. Chicago: University of Chicago Press, 2011, and has also published widely in Geography and conservation and development journals.

Current projects include a large-scale collaborative research project with scholars and co-researchers across Europe, Asia, and Africa on the effects of Covid-19 on dryland communities broadly, and on community conservation efforts in particular. She is also looking at what it means to decolonize conservation in different places around the world, from East Africa to Asia, Canada and the US. Dr. Goldman is currently in Portugal for the year, as an Integrated Researcher at the Centro de Estudos Internacionais (CEI), Instituto Universitário de Lisboa (ISCTE-IUL). As part of this affiliation she is working with collaborators on establishing a research center dedicated to drylands and the interdisciplinary study of fire.