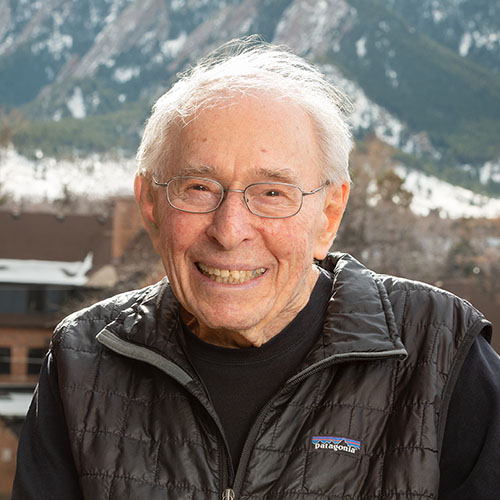 Richard Jessor is Distinguished Professor of Behavioral Science at the University of Colorado, Boulder. One of the founders of the university’s Institute of Behavioral Science in 1959, he served as its Director from 1980 to 2001 and currently directs its Health and Society Program. For the past fifty-seven years, he has also been a professor in the CU Department of Psychology; he is the longest-serving faculty member at the university. From 1987 to 1997, he directed the MacArthur Foundation Research Network on Successful Adolescent Development Among Youth in High-Risk Settings. His areas of research include adolescent and young adult development, the social psychology of risk behavior, health behavior, and psychosocial aspects of poverty.

Jessor was educated at the College of the City of New York and at Yale University where he received his B.A. degree in 1946. He received his M.A. from Columbia University in 1947 and Ph.D. in clinical psychology from Ohio State University in 1951. During World War II he served in the United States Marine Corps, took part in the invasion of Iwo Jima, and was awarded the Purple Heart.

Jessor’s research has been continuously funded by federal and private agencies for over four decades. He has authored or edited more than 130 publications, including ten books. In 2003, he was designated a "Highly Cited Researcher" by the Institute for Scientific Information in the "Social Science: General" category. And in 2005, he received the Outstanding Achievement in Adolescent Medicine Award from the Society for Adolescent Medicine.