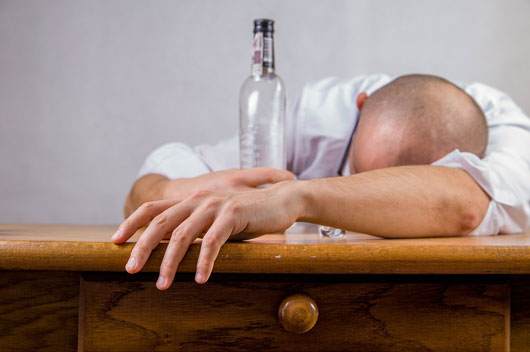 Research findings from a new study led by Rick Rogers and co-authored by Jason Boardman, Philip Pendergast, and Elizabeth Lawrence, show surprising results in linking drinking behaviors with mortality.  The study, involving some 40,000 people across the nation, aged 21 and older,  indicates that social and psychological problems caused by drinking generally trump physically hazardous drinking behaviors when it comes to overall mortality rates.  The strongest associations between problem drinking and mortality involved cases in which physicians, family members, or friends intervened to suggest reduced drinking. Losing one's job because of drinking problems within their lifetime was strongly linked to mortality risk. Social risks were equally or more strongly linked to mortality than physiological consequences of alcohol abuse such as lifetime reports of needing a drink to stop shaking or getting sick.  Most importantly, these associations were evident despite statistical controls for alcohol consumption levels and demographic, social, economic, behavioral, health, and geographic factors.

“What this study really shows is that researchers and policymakers need to look at the nuanced complexities tied to alcohol consumption,” said Rogers. “Alcohol consumption does not have a clear dose-response relationship like smoking, for instance. We have seen that alcohol does have a benefit at low levels in some cases, but it also can create social problems for some individuals who are only light to moderate drinkers.”

The article is published online in Drug and Alcohol Dependence here: http://www.drugandalcoholdependence.com/article/S0376-8716%2815%2900153-2/fulltext