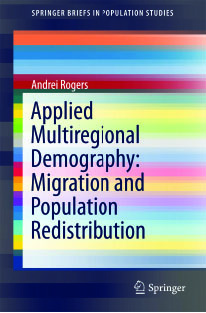 This book reconsiders conclusions reached in the literature
regarding several fundamental common sense demographic
questions in migration and population redistribution, including:
Are the proximate sources of urban population growth mostly
due to migration or natural increase? Is it mostly migration or
“aging-in-place” that has been driving Florida’s elderly
population growth? Do the elderly return “home” after
retirement more than the non-elderly do? Are the migration and
settlement patterns of the foreign-born different from those
of the native-born? Do simple poulation projection models
outperform complex ones? Does longer life lead to longer
ill-health?

For each demographic question it reconsiders, the book
illustrates how an inappropriate model specification can bias
findings to favor a possibly incorrect conclusion. It shows how
a multiregional analysis can better illuminate the dynamics that
underlie the observed population totals and lead to a more
informed conclusion.