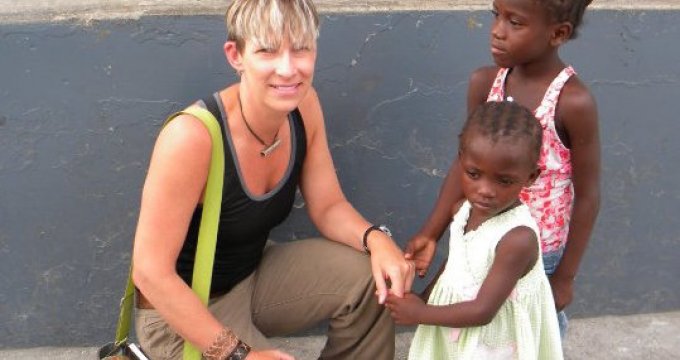 If you’re not directly involved in the realm of natural and human-caused disasters, a small news item may have escaped notice last week: The U.S. Commerce Department’s National Institute of Standards and Technology’s publication of its first comprehensive community resilience planning guide.

But for Liesel Ritchie, associate director of the Natural Hazards Center at the Institute for Behavioral Science at CU-Boulder, the announcement marked an important milestone in helping policymakers and community leaders understand the importance of social science in disaster planning.

Ritchie became involved with the community resilience project as one of nine fellows one year ago. Her job was to provide valuable perspective on the social dimensions of disaster – something that had not previously been extensively covered in the guide.

The most recent Community Resilience Planning Guide for Buildings and Infrastructure Systems was created to help U.S. communities better withstand and rebound from the shocks of severe weather, earthquakes, and other natural and human-caused hazards.

She also highlighted resilience-related concerns specific to vulnerable populations, including the elderly, people living in poverty, racial and ethnic minority groups, people with disabilities and those suffering from chronic illness.

The guide was issued on the third anniversary of Hurricane Sandy, which killed 157 people in the U.S. and wreaked havoc and destruction from Maine to North Carolina. It is aimed at community leaders in both the public and private sectors, and lays out a practical six-step process that communities can follow to develop resilience plans to help them prepare for hazards, adapt to changing conditions and withstand and rapidly recover from disruptions.

“This work is important because it is one of the first resilience efforts to provide a systematic approach for communities to assess both their social institutions and built environment in a coordinated way,” Ritchie said.

The guide could prove useful to Colorado, a state that faces numerous hazards ranging from flooding to wildfires.

“Given the breadth of impact extreme weather is having on American lives and commerce, it is clear that we have to do more to mitigate its effects,” said U.S. Commerce Secretary Penny Pritzker. “Improving local resilience efforts are a challenge that every city should address, and this planning guide can assist communities in developing preparedness plans to prevent hazards from becoming disasters.”

To access the guide, an FAQ, and an overview document called Guide at a Glance, go to http://www.nist.gov/el/resilience/guide.cfm. To read a feature story on the planning guide and other complementary NIST community resilience efforts, go to http://nist.gov/el/helping-to-build-a-nation-of-resilient-communities.cfm.