Abstract: Migration scholarship has a bias toward permanence and integration. Its working and implicit assumption is that migration statuses are or should be permanent, a step on the way to residence and naturalization. Yet temporariness has been a longstanding if invisible strategy to govern and shape populations. Assigning a formal expiration date on the status of migrant workers has been a means to assuage nativist concerns about difference, state worries about unauthorized migration, and employer unease about having sufficient tractable labor. Temporariness has been a legal technology across the globe since the early 19th century but has quietly reemerged in recent decades. This talk examines TLMPs in three liberal democracies (Australia, Canada, and the United States) and one monarchy (the United Arab Emirates) to show the gap between official representations of these programs as reconciling the interests of workers, nation-states, and employers, and an empirical trend toward temporariness. It draws on an analysis of temporary labor migrant policies and visa statistics to argue that the former play a key ideological role in the face of employer gains at the expense of states and workers. Study findings challenge the integrationist assumptions of much migration scholarship and recommend a critical examination of population mobility and immobility. 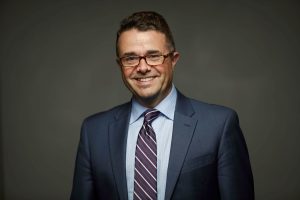 Bio: David Cook-Martín studies how and why states shape citizenship through laws, bureaucracies, and ideas, and how people engage those efforts. The historical movement of people across borders in different parts of the world offers an opportunity to probe these questions. In Scramble for Citizens (Stanford UP), David examines how three countries competed to nationalize migrants that moved among their territories at the turn of the 20th century and how that affected dual nationality in the present. In Culling the Masses (Harvard UP), he studies how 22 countries in the Americas used laws to give preference to white immigrants and to exclude African, Asian and other non-Europeans as immigrants and potential citizens. During the two-hundred-year period reviewed, democracy and populism were linked to racial exclusion. In his current book project – Bound by Time – David examines the origins and role of temporary labor migration programs. He argues that while “guestworker” programs are treated as peripheral to immigration policies, they have historically made it possible to manage the centripetal forces of nation-making and capitalist development. Under the cover of formal neutrality – selecting by ability to work – temporary labor migrant programs have made it possible for countries to sustain policies that select immigrants and prospective citizens by “fit” with racialized national imaginings.