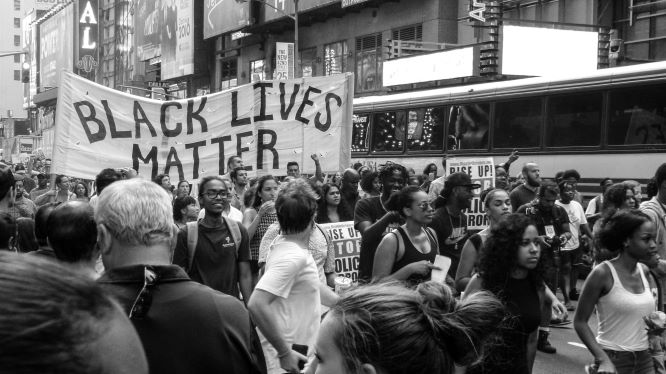 More than half a century after the Civil Rights Movement and despite its achievements, race and ethnicity are unfortunately still among the most important categories that define how people are differentially perceived and treated in the United States and beyond.

As members of the Institute of Behavioral Science at the University of Colorado at Boulder, we conduct research on “society’s most pressing challenges,” including on the prevention of violence, the evaluation of policies and practices that lead to positive youth development, and the disparate life chances, experiences, and opportunities that are shaped by different axes of social inequality, such as race, class, and gender. More than half a century after the Civil Rights Movement and despite its achievements, race and ethnicity are unfortunately still among the most important categories that define how people are differentially perceived and treated in the United States and beyond. Racial and ethnic inequalities are associated with differences in lifespan and health conditions–including COVID-19 mortality. These disparities are perhaps most starkly evident in the way people of color across the country are treated in interactions with law enforcement and the criminal justice system.

We are particularly saddened and angered by how violent forms of policing led to the tragic and completely avoidable deaths of not only George Floyd, but also Breonna Taylor, Eric Garner, Philando Castile, and Walter Scott, unfortunately only a few among many other egregious cases of police abuse and of the large number of people dying due to police encounters. As in so many other unequal outcomes that are tied to social inequities, young people of color are disproportionately the targets of police killings: Black men are 2.5 times more likely to be killed by police than White men. The situation is not much better in Colorado, where African Americans made up 9% of those killed by police between 2013 and 2019 despite being only 4% of the state’s population.

The higher risk of dying at the hands of the police is the most extreme reflection of the verbal and physical abuse Black, Brown, and poor people experience on an everyday basis. This treatment sometimes occurs at the behest of other (White) citizens, whose word, motivation, and basic right to be in particular spaces go unquestioned, a privilege people of color do not have in far too many situations, even in their own homes. Clearly, the policing problem is not only a problem of the police and has deep roots in a racist social system couched on White supremacy, which can only be effectively addressed by challenging the system as a whole.

We stand in solidarity with protestors, civil rights organizations, and all concerned people of good will in declaring that Black Lives Matter, a notion that should be self-evident but that unfortunately is not truly realized in our society.

Throughout the history of our nation, those in power have often been forced to yield only when different members of society mobilize to demand change. Free speech and transparency are at the heart of our democratic processes. Thus, we also condemn the many documented cases of police repression against peaceful protest and assembly, and against members of the press covering demonstrations against police violence.

As an institution devoted to evidence-based, policy-relevant research, we insist that there is no need for more blue-ribbon commissions or further inquiries into the nature of flawed forms of policing or of broader racism in our society, or what to do about them. Decades of research and analysis have identified the roots of such problems and recommended remedies. In the case of criminal justice and policing, reforms are needed now. Reforms can be implemented based on existing evidence on effective policing practices, even if better data on police activities and continual monitoring and evaluation of the effectiveness of such practices will also be needed.

We urge the federal government, states, cities, and police departments across the country–including of course our own state and local governments as well as the CU-Boulder and City of Boulder law enforcement agencies–to accelerate the use of evidence-based solutions that promote unbiased and more effective forms of policing. This includes actions to drastically reduce and better document the use of police force, increase accountability, and improve or establish independent oversight. Importantly, these measures must range from broader structural improvements to health, social, and community services to an urgently needed reassessment of the role and functions of policing itself in a free society, both to reduce glaring social inequities and to lessen the burdens on an already difficult and complex profession.

We emphasize that policing and criminal justice are not the only societal institutions in which implicit bias and both explicit and embedded structural racism exist, even if it is within these systems where issues of racism are particularly sharp. Academic and other institutions are not exempt from systemic racism. At the Institute of Behavioral Science, we will continue to work–and do so with greater energy and determination–to promote equity, diversity, and inclusiveness in our institute, university, and community. Over the next few weeks, we will accelerate these efforts by dedicating an important share of our Institute’s discretionary budget with specific actions to better recruit people of color as students, faculty, and staff in our institute and to further support research and evaluation tightly aligned with the reduction of racial and ethnic inequality.