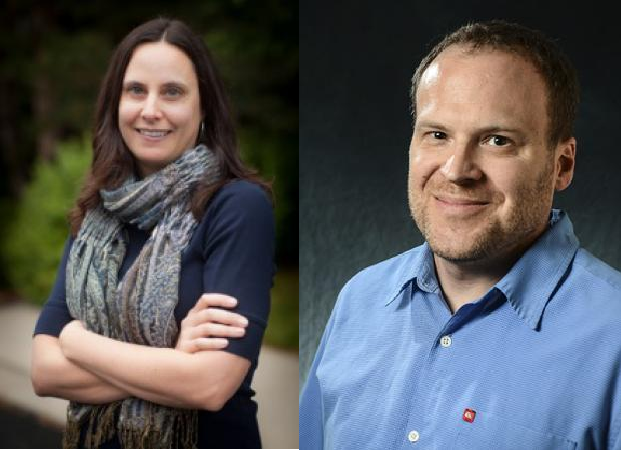 This article was originally published in the Colorado Arts and Sciences Magazine. You can view the original article here.

President John F. Kennedy signed the Foreign Assistance Act in 1961, for the first time separating federal budgets for defense and non-defense spending and creating the U.S. Agency for International Development, or USAID.

“The amount of money that is involved in the nonmilitary areas are a fraction of what we spend on our national defense every year,” Kennedy said, “and yet this is very much related to our national security and is as important dollar for dollar as any expenditure for national defense itself.”

More than six decades later, USAID provides more than $20 billion annually — less than 1 percent of the federal budget — about a quarter of it to non-governmental organizations working in Asia, Africa, Latin America and beyond in its efforts to “end extreme global poverty and enable resilient, democratic societies to realize their potential.”

Perhaps not surprisingly, the money doesn’t always achieve desired results. In fact, it tends to promote moderate political participation through formal mechanisms such as voting only in democratic societies where institutions already are working well, says Carew Boulding, associate professor of political science at the University of Colorado Boulder and author of “NGOs, Political Protest, and Civil Society,” published by Cambridge University Press.

“My research has shown that where historically aid allocation is assumed almost always to lead to more democratic engagement, the evidence has shown that a lot of that engagement is really contentious,” Boulding says.

“That’s certainly not what (USAID) expected. The assumption is that they are giving to NGOs to help build civic engagement in a moderate, institutionalized way.”

Now, Boulding and Associate Professor of Political Science Andy Baker have been awarded a USAID grant to find out why. With help from five graduate students, they will conduct a massive literature review to examine what happens to citizen engagement when previously liberal democratic nations become more repressive.

The researchers hope to get a clearer idea of what citizens can do in such scenarios. Are there spaces for them to express themselves via the internet? How do they vote when elections continue but are highly restricted? How do they engage when protest activity is heavily regulated?

The review will focus on cases from the 20th and 21st centuries, from the collapse of Weimar Germany to recent backsliding in countries such as Venezuela and Ecuador. The researchers will locate appropriate literature from academic journals and annotate some 200 articles. Boulding and Baker will write a summary focused on three questions:

“For years academics have been telling policy makers and practitioners that they need to listen to academics, read the research, and distribute aid in a way that recognizes best practices, what works, what doesn’t work, and follows the cutting edge of the most rigorous research,” Baker says.

“This is USAID putting its money where its mouth is.”

China, while infamous for its repression of protest and citizen engagement, doesn’t make the researchers’ list because it is a “stable authoritarian” nation lacking recent history as a democracy. But China does provide insight into just how difficult it is for governments to control information flow and protest, Baker notes.

“The internet is like a giant sieve; there is only so much dictators can control what is said and done there,” he says. “China has had some success, but they have tens of thousands of people whose job it is to sit at a desk all day and troll the internet and be the speech police. That level of repression is very costly.”

A quarter-century later, it’s clear that political scientist Francis Fukuyama’s declaration of “the end of history” following the collapse of communism, and “the universalization of Western liberal democracy as the final form of human government” was premature.

Even in the United States and Europe, liberal democratic ideals once considered the foundations of Western society have been weakened, particularly in the post-9/11 era.

“It’s easy to believe that democracy is just naturally stable,” Boulding says. “This project is looking at the ways in which democratic freedoms can be undermined even in seemingly stable systems like the U.S.—and the ways in which citizens can push back.”